Lauren Wilkinson sets the bar high in her debut novel. It is written as a letter from the protagonist, Marie, to her twin sons. She tells the story of how she became a spy and what it was like for a black woman to be working for the FBI in the 1980s.

Marie is contracted by the CIA to go undercover and spy on Thomas Sankara. The political aspect of the book is inspired by the true events surrounding Sankara, the president of Burkina Faso during the Cold War.

Ultimately, this is a story about family. The novel spans decades as Marie also tells her boys their entire family history – from her relationship with her parents and sister, to meeting their father and what became of him.

“I’m writing this to give you honest answers to the questions I hazard to guess you’ll ask while you’re growing up. I’m writing it all down here just in case I’m not around to tell you.”

The pace is a bit slower than the average spy thriller, but for me it pays off because of the depth of the characters. I was also fascinated with the history of West African politics and the characters based on real-life people.

I’ll be keeping an eye out for Wilkinson’s next novel. 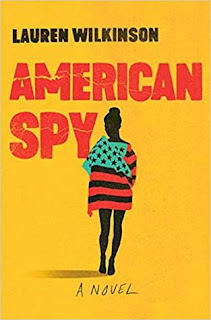