This is Yaa Gyasi’s debut novel. It is a completely riveting, heartbreaking work of fiction about the history of slave trade that begins with Fante folklore and ends in present day America.

Effia the Beauty was born under a curse in a village in eighteenth century Ghana.

British soldiers come from the coast to establish trade and marry women from neighboring villages. Soon enough, Effia’s own village forms an alliance to sell slaves to the British. In the bargaining, Effia marries a British soldier and moves to the castle.

Upon arrival, Effia discovers a dungeon under the ground.

"Then, carried up with the breeze, came a faint crying sound. So faint, Effia thought she was imagining it until she lowered herself down, rested her ear against the grate. “James, are there people down there? She asked."

One of the slaves is a woman That Effia’s own brother helped capture. She is shipped across the ocean in appalling conditions. With her, she carries a secret that connects her to Effia.

Each subsequent chapter alternates between the direct descendants of Effia and Esi.

Effia’s descendants witness the political and economical development in Ghana over more than 200 years. Esi’s lineage in America struggles through slavery and segregation and the persecution that follows.

Each chapter is a complete story, told in its own unique style. In 320 pages, the author develops fourteen believable and distinctive characters. I was totally invested in each character as the narrative was passed down the line to a fulfilling conclusion.

“This is the problem of history. We cannot know that which we were not there to see and hear and experience for ourselves.  We must rely upon the words of others.”

I will be looking for more books from Yaa Gyasi. Her next book, Transcendent Kingdom, is scheduled to be released in September. 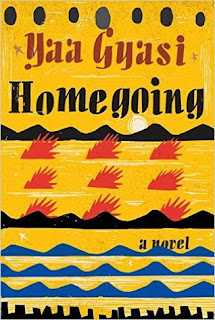 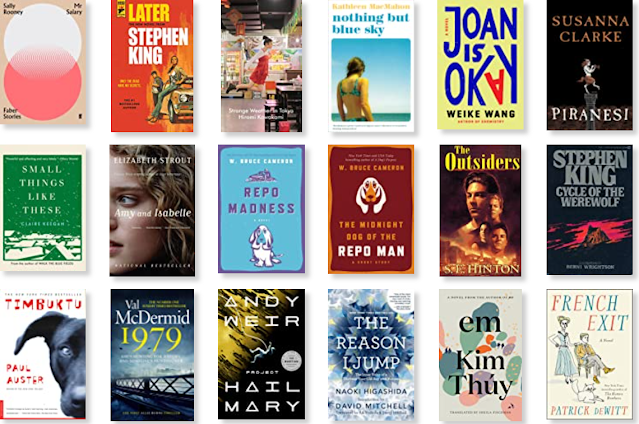